London GD Handball Club was previously known as Great Dane Handball Club, and was founded by Anne-Marie Thrysoe and Andrew Ferguson. Established in 1976 by a group of Danish girls involved with the  Anglo-Danish Society Students Club, thereof the name of the club, "Great Dane".

Throughout the years, the club established itself firmly on the English handball scene, and has become much more than a club with mainly Danish players. In 2010, in a bid to reflect this, the club changed its name to London GD Handball Club and at the same time registered as a limited company. Our East London based club currently has over 100 registered players from at least 20 different countries, and many more people training with us regularly.

The club started playing handball as a women’s team only, with men occasionally coming to practice. They started training two days a week at Ruislip Eagles Sport Centre but soon moved to the new (at the time) Wapping Sport Centre in East London. London GD's main home ground is now the Olympic Handball Arena, also known as "Copper Box", although Leyton Score Centre remains as training venue for developing teams.

From 1976 to 1986, the club was heavily involved in the development of Handball in London with at one stage two sub venues spun off including Croydon and West London. We also merged with another club at one stage run by Paul Bray.

Around 1980, members of the club formed the Greater London & South East Handball Association together with Asford Tanners, Ruislip, Ipswich and other clubs in East London. The association is no longer active, but London GD is a member of the newly established London Handball Association that was set up in 2010.

In 2000, the back then called Great Danes started to get some success in both women’s and men’s handball and from then on the club has always been among the top three clubs in the country.

In 2005 the club participated in its first official European Competition by playing in round 2 of the men's Challenge Cup. Since then, London GD have participated every year. 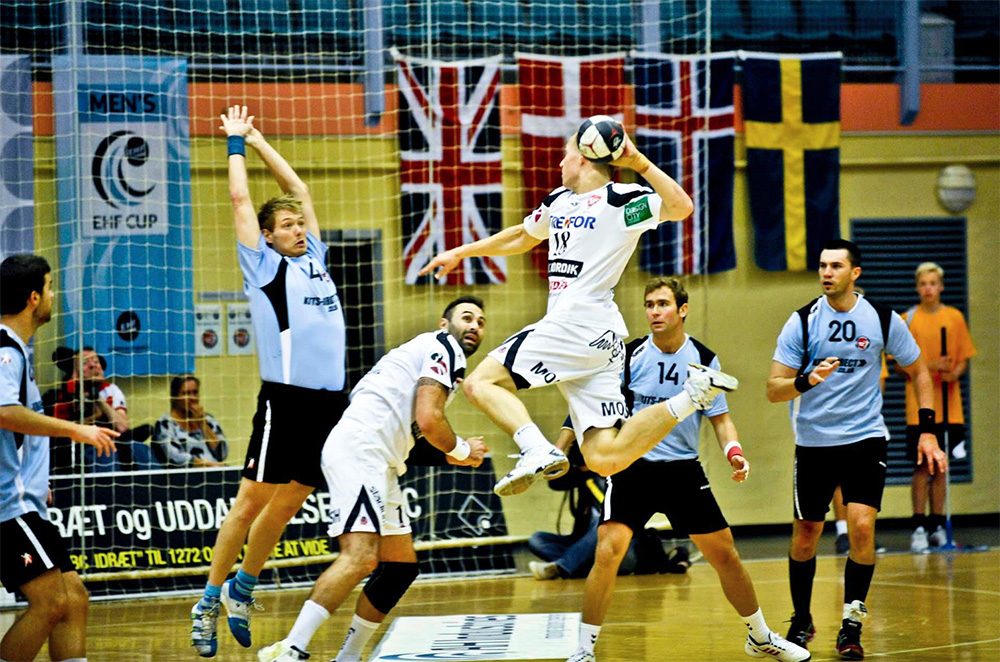 In 2010, after winning their third Double (League and Cup Champions), our women’s 1st team entered the Challenge Cup for the first time, managing an historic win against A.S. Aris Thessalonikis from Greece.

The 2010/11 season resulted in both league and cup victory for the men’s team. This past September 2011 they have made history by winning their round 2 group in Malta to go through round 3 in Greece for the first time.

For the 2011/2012 season we entered two second teams in the development leagues, both men and women, with the former winning the South Regional Championship.

This past season 2012/2013 London GD ladies won the EHA Cup against Thames Handball Club, and our men 1st team won the Super 8 English National League without losing any single game, giving them the unique slot for EHF Cup again, which saw them playing against a Turkish team from Ankara in September 2013.

London GD is open to all players to join, regardless of ability.

We are members of England and London Handball Associations.